Don’t Be That Guy: Five Tips to Avoid Overselling Your Job Opening 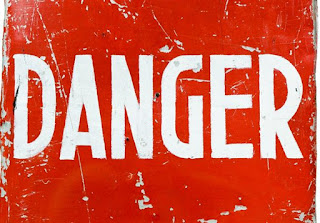 Attracting job seekers is a lot like online dating. Job seekers are out there searching for the right job match for them, sorting through thousands of job postings, just hoping that they might like one and that maybe, just maybe, that employer might like them too. But as anyone who has spent any time in the online dating scene can probably tell you, there’s one thing that is all too common and will send them running for the hills: desperation!

Several years ago, one of my close friends was frustrated by the lack of vehicle-owning, job-holding men around her, so she took to online dating to see what else was out there. Turns out, what’s out there is a whole bunch of men who never learned the art of playing it cool. During her short stint on a very popular dating website, which shall remain nameless, she received all kinds of messages from men declaring their love and asking if she’d have their children. I could go on and on about these desperate fellas, but the moral of the story is simple: when you’re posting your job opening, do not be that guy.

Playing it cool with your job openings while still attracting the right candidates may actually be easier than you think. I find it best to let the company’s employment branding and great qualities do the talking. I’ve found through experience that when we sell the job, I end up filling that job requisition all too soon.

Provide the right information, then stop talking. Just because someone wants to read your job posting, that doesn’t mean they want to read a novel. Make sure your company information and benefits information is available for the recently offered candidate to review and if needed on their own time. Of course you need to share about the job and your company, but there is good information and then there is wasting space.

Good information is descriptive instead of being vague, addresses the needs of the job seeker and provides background information about the company but not a 20-year history lesson. Overall, your job posting should leave the job seeker saying “I want to know more” and “I think this would be a good fit,” just as a good online dating profile would.

Your job posting is not an infomercial.

It doesn’t need rhetorical questions, such as “Do you love making lots of money while also having a flexible schedule?!” It shouldn’t contain a dozen exclamation points, use all caps or make obviously-extravagant guarantees. A job posting is a marketing document and should be treated as such. .

Let’s face it, some positions are hard to fill. I have seen some job postings stay up on websites for months before the position is filed and the posting is taken down. Reposting the same job opening over and over again sends the message to the candidate that either you are too picky to fill an opening or your workplace has a revolving door. If you think about it, there is nothing appealing about a job that it seems like no one wants, so do what you can to switch it up when a posting needs to be up for a long period of time. Consider updating your job posting and other employment branding messages so that it stands out to candidates that may have already seen it and for whatever reason breezed past it. You might also even think about removing it from your go-to website for a while and posting it somewhere new.

As a recruiter, I once had a job seeker call me 32 times in a single day to follow up on the job. While recruiting is an important part of hiring top employees, seeming too eager in your recruiting is just as detrimental as not recruiting at all. Nothing says desperate like a recruiter or HR manager who wants you more than you want them. Play it cool and reach out to worthy candidates, but leave the ball in their court. Use your instincts to know when to follow up and when to wait until they contact you. There are suggestions out there about how to recruit effectively, but it really should be looked at case-by-case.

A job posting that has three paragraphs intended to sell the job raises red flags for candidates. We all know people who only talk about themselves and more times than not, they’re making up for insecurities by doing so. The same can be said for a job that needs to make a hard sell to job seekers. Rather than just talking about what is so great about your company, focus on how the job seeker’s needs and how they will benefit from working there. Consider what most people in that type of position desire. Is it the opportunity to be creative, the chance to grow professionally or an established path for advancement? Share those things and tell how the position allows for that.

Overselling the job has its pitfalls. In the end, job seekers are adults and need space to do our research and come to our employment decision our way. This is where employment branding comes into play as the job seeker can be educated and sold on your workplace over time while you do the same. Overselling the job is more work than reward. Plus, it sends your candidate and their network the message that you are a desperate employer looking for an employee.

Jessica Miller-Merrell, SPHR is a workplace and technology strategist specializing in social media. She’s an author who writes at Blogging4Jobs. You can follow her on Twitter @blogging4jobs.
Posted by TalentCircles at 7:15 AM