How Sourcing is Separate (and Different) From Recruiting - Part 1 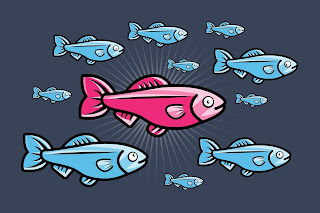 This is a 3 part blog series on sourcing. Check out part 2 and part 3.

The terms “sourcer” and “recruiter” are sometimes used interchangeably, but the roles of each can be very different, or one and the same, depending on the organization with which the professionals performing these roles work. While I believe that recruiting and sourcing are completely different and therefore should be done by separate individuals, I also understand that at many companies that just isn’t the case. However, there are many organizations today that see these as two different functions filled by two different professionals, as they should be. Sometimes resources necessitate the lines here be blurred, but it’s important to understand how and why they’re different and what that means for sourcers, recruiters, those in hybrid roles and hiring managers. When you understand how the two activities are separate but reliant on each other, it’s easer to understand the importance of each.

In our industry, sourcing is the act of locating, following leads on and uncovering candidates to fill a position or be included in your talent pipeline. Sourcers use a number of resources to find candidates, searching in the nooks and crannies to locate the best and brightest. This activity has historically been focused on passive candidates, but as I’ve said before, the “passive candidate” has evolved over the years with the adoption of social networks and online resources and doesn’t mean exactly what it has in the past. This is because sourcers have moved from using phone sourcing as their primary means of sourcing to focusing on Internet sourcing, or more likely, a combination of both, virtually eliminating the cold call.

In the past, the typical passive candidate was someone working at another organization and not considering a new job. They didn’t have an online job seeker profile or a resume uploaded on job board websites. Sourcers would, and still do, find them through networking or phone sourcing in which they would call companies and do a bit of recon to find out who was in the role, names, titles and perhaps email addresses or phone numbers. They would then contact the passive candidate and begin the initial conversation to gauge interest.

This whole explanation is the very reason I say the term “passive candidate” isn’t relevant anymore. Today, the vast majority of professionals has an online profile and can easily be contacted, reducing the need for strictly telephone sourcing and virtually eliminating the cold call. Workers are also changing jobs much more frequently than they were 20 or so years ago, which means that the “passive candidate” isn’t as passive as you might think and more than likely is open to new opportunities.

Social networks, Internet job boards and resume posting changed the game for sourcers. Online candidate search is now what I call internet sourcing. Now, sourcers can locate candidates and find out a significant amount about them before they ever send a message or pick up the phone. The Internet has also given sourcers more creative ways to find candidates, such as industry forums, non-professional social networks and more.

Beyond the resume review

What most people think of when they say the term “sourcer” whether internet or by phone is a person who reviews resumes and does an initial screening. While these are both important tasks that sourcers do in addition to seeking out candidates, they are a small part of the job. Sourcers don’t simply review resumes. They serve as an important role behind the scenes.

They make the initial decisions regarding whether or not a candidate might be a good fit, both skill wise and with the company’s culture. They often do this by qualifying the candidate by phone, via G chat or instant message before passing it on to a recruiter for further evaluation. Sourcers have a very important role and are really like the casting directors for a movie. They find the talent prospects but aren’t involved in the interviews, or selection.


While a sourcer’s job may not be complicated in and of itself, confusion often comes in when we start talking about how their role ties in with the recruiter and hiring manager, which is why the next part of this series will tackle how it all fits together.

This is a 3 part blog series on sourcing. Check out part 2 and part 3.

Posted by TalentCircles at 8:39 AM