The Future of Recruitment is Retention - Part One 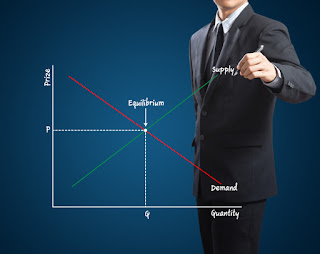 
Be sure to check out part 2 of this recruiting economics series by clicking here.

The basics of supply and demand were drilled into most of our brains back in our Econ 101 days. I distinctly remember discussing the topic and thinking that it was interesting but not necessarily something I’d need to know in my future career. Except now I wish I had paid a litle bit more attention. Economics basics like supply and demand actually plays a big role in how recruiters do their jobs and job seekers find new positions. Of course, when there is increased demand, supply often diminishes. And during times when there is an increased supply, demand often decreases. This is why retention is key to good recruiting. The economy will bring high and low tides of open positions and job seekers, but a company that can retain its employees will not feel the affects of those tides nearly as much.

We saw this theory clearly put into practice during the 2007 recession. Companies were feeling the pain of a weak economy and were making cuts to meet their own needs, which ironically, were affected by other aspects of the rules of supply and demand. Americans were clutching their wallets a little tighter, and companies had to adjust to stay financially stable during the downturn. It was a tough time for nearly everyone. One of the most common ways companies adjusted was by discontinuing some of the perks they offered employees, including significant things like generous paid vacation, 401(k) matching and tuition reimbursement, and even less valuable perks like free soda at work, holiday parties and gym memberships. Companies were cutting corners, and they saw this as a way to do so.

Even more importantly, many companies had to cut back on their workforce when cutting down on perks just wasn’t enough. This put job seekers in a tough position and furthered our economic situation as there were thousands upon thousands of unemployed people and just as many companies with no open positions. We had an increased supply of candidates with the demand for them diminishing. Not as many jobs were being created or filled, making the demand much lower. It was a recruiter’s market, but not in a way that any of us wanted.

What this recession caused was a situation where employers were offering less and expecting more. In the job market, the demand for open positions was high and the supply was low. Companies were not only taking away perks to make ends meet but quite honestly, they didn’t need to offer a lot of perks to attract candidates. This impacted salaries, benefits, workload and so much more.

The recession of 2007 may not be that far behind us, but you wouldn’t know that by looking at the job market today. Companies have quickly increased their workforces, brought back perks like unlimited vacation, excellent training and some benefits that were unheard of even before the recession hit.

It’s also affected the supply and demand of positions and job seekers. In fact, it’s flipped it on its head. Job seekers now have their pick of jobs, and recruiters are working harder than ever to fill those positions. This flip also demonstrated why retention is so important in recruiting. As I mentioned above, companies that are able to retain employees will be impacted less by the high and low tides, and the way our job market is looking now is a perfect example of this. Companies who aren’t able to retain employees are in the constant race to recruit, but those that have retention on their side are able to focus on fewer open positions at any given time since they the best people work right under their roof.


Watch for part two of this series where we’ll explore the types of retention that are essential to great recruiting in our current job market.
Be sure to check out part 2 of this recruiting economics series by clicking here.

TalentCircles is the most comprehensive candidate engagement platform on the market. Take a product tour or request a live demo today.
Jessica Miller-Merrell, SPHR is a workplace and technology anthropologist specializing in HR and recruiting. She's the Chief Blogger and Founder of Blogging4Jobs and author of The HR Technology Field Guide. You can follow her on Twitter at @jmillermerell.
Posted by TalentCircles at 6:11 AM