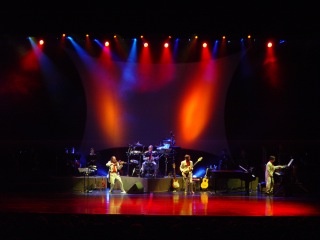 It’s fascinating to watch a company team being built, to watch it rise from emotive steam, sweat and tears, to then take tangible shape into a business model, complete with product and/or service (that hopefully rocks). I’ve been fortunate enough to be part of that process a few times and witnessing it many times over.

Many of them won’t make it out of the Bay Area startup “club scene” as a recruiting technology friend recently told me. I like that he’s a straight-shooter, and many in business today, including myself, need no sugar coating when it comes to launching a new endeavor in San Francisco or anywhere, even if there’s a bevy of programmers ready to bang code until 3 a.m. and deploy, deploy, deploy.

If you’re the leader of your business band and are looking for new players, you know that future employees need to be sourced, lured and “hired” — maybe with stock options and sweat equity or some overly competitive salary in a currently hyper-competitive market.

But once you’ve hired your CTO or lead developer or lead team, have you considered creating your own band camp? I’m not talking about the funny American Pie catch phrase – I’m talking about creating an environment where each new programmer is indoctrinated into your workplace culture with a series of fun activities, including free form jams and breaking stuff.

Yep, breaking stuff. Smashing metaphorical guitars on stage, shall we say. In other words, creating live code from day one, even if it crashes and burns. For example, I’ve noticed that in the last few companies I’ve visited, the core development team sits at terminals in configurations that face one another, as if at any point in time of coding, fixing and breaking, they riff off one another, like jamming together on stage (and some with the same twisted rock and roll faces at times as well).

If you ever had the chance to see the Grateful Dead jam together back in the day, you’ll remember how intense every concert was, how the play lists varied from show to show, and how musicianship and the music was the number one priority for the band mates. Just ask the Rokos brothers about that one.

Take Facebook, where every new programmer hire “begins the six-week journey of a new employee class in Facebook’s ‘Bootcamp,’ an experience shared by every engineering hire, whether they are a grizzled Silicon Valley veteran or a fresh-faced computer science grad. Since 2008, hundreds of Facebook’s engineers have passed through Bootcamp, which may lack the physical tests of military basic training but does provide the same kind of shared experience and cultural indoctrination into the world’s largest social network.”

So again, I’ll call it business band camp since I’m partial to music and want to keep the metaphor going. If you’ve hired talented developer “musicians” (and many are, as well as being Rush fans I hope), then the best way for them to know is to do, and that means immediately working on whatever it is you’re composing. These band camp jam sessions, besides helping to gel your team and solidify it, broadcast outward when your jazzed employees are talking about how amazing the company is they work for.

That makes the top of the employment brand Billboard charts and a happy band camp. Rock on.
Posted by TalentCircles at 8:41 AM