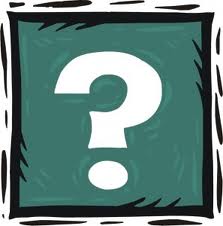 Recruiting strategically is different than relying solely on candidates to find you. This is also the fundamental difference between suspects and prospects. These terms are generally marketing terminology not traditionally found in the recruiting world, yet they have a fundamental place in your targeted recruitment strategy. In order to fully understand how these work in recruiting strategies we must first take a look at their definition.

The use of the word 'suspect' in recruiting is one of the least used and least understood. This term has been used frequently in the sales and business development roles, but rarely do you hear it in the recruiting space. A suspect is just a name, title, phone number and/or email address without any proof that the potential candidate is a high performer or a match for a specific position within your company. A recruiter must put emphasis on the high performance of suspects because their main focus is recruiting TOP talent and not just filling positions. A suspect is someone who the recruiter believes to be worth calling without having any proof on if they’re qualified.

Suspects are important parts of the recruiting process, but when it comes to making a recruiting call they tend to be hit or miss. Having a name and number tells the recruiter nothing about the qualifications or success of the individual. Calling suspects is considered cold calling because you have absolutely no idea about who they are or their qualifications. Suspects are a great source of referrals, networking and something producing a few prospects, but the overall ROI is low and recruiters cannot survive on these alone.

Merriam-Webster defines a prospect as “an apparent probability of advancement.” A recruiter can only adequately make some type of determination over the qualifications of a candidate by accessing facts, evidence, or information related to a prospect. Internet searches, Linkedin, social searches, real world verifiable results, and referrals are just a few ways recruiters can source information on a prospect. For a candidate to be upgraded from a suspect to a prospect there must be some type of reliable information present for a recruiter to make an educated guess.

When it comes to recruiting, a prospect is someone with the probability to become a candidate based on the facts a recruiter has found. Being a prospect obviously doesn’t mean that they have any interest in a specific role or company, but that they are actively engaged through conversation and are continuously building a relationship with their recruiter. Suspects and prospects are terms that aren’t used as frequently in the recruiting world, but both have their place. The process of recruitment is all about searching, qualifying, and finding top talent that fits into your organization. Moving a suspect to a prospect and then a prospect to candidate is all in the art of recruiting. It’s often the most difficult, but yields exceptional results. Each step is critical and if followed, you’ll reap the benefits in the end.


Photo Credit.
Posted by TalentCircles at 9:11 AM