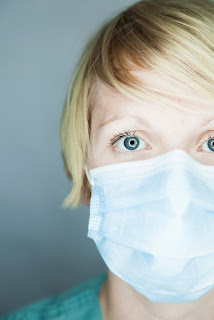 By Jessica Miller-Merrell
When Martin Beijerinck, discovered the first known virus, in 1898, little could he imagine how his concept of infectious disease would mutate to define the rapid spread of data, information or content through the internet. We’ve all seen it, that cute little video that one friend is sharing and by the end of the week, it has made the rounds and now takes over your news feeds. Videos are not the only things that “go” viral. News stories (like this one), songs, and even memes seem to take on a life of their own. So, what is viral and what does it mean in business?
Viral outbreak procedures are not just for hospitals anymore
According to dictionary.com viral is an adjective, which means: “becoming very popular by circulating quickly from person to person, especially through the Internet” This phenomenon, so named for its resemblance to an infectious disease, is often the ultimate goal of many internet marketing strategies. But, is all “viral” content good? What happens when bad news goes viral especially in employer brand, recruiting and hiring?
Many companies experience negative publicity or feedback. It can threaten the company image and negatively impact your brand. Articles, candidate feedback on review sites and even tweets from employees can cause a loss of business, rattle consumer confidence, rattle existing employees faith in the company and potentially decimate the talent pool of prospective candidates seeking employment. It can take on many forms.

Be prepared to fight it on more than one front
Since no one can accurately predict what will and won’t catch the imagination of the internet in such a way that it creates a feeding frenzy of sharing, it is impossible to know which pieces of media you should be prepared to react to. Without preparing a response for every piece of content that goes out, it is impossible to prepare specific strategies for these cases. Best practice dictates policies be put in place, outlining “viral outbreak” procedures –good or bad- so that a timely response can be launched.
So, what should that strategy entail?
A solid social media recruiting presence with lots of sharing and interaction based around the values your company wants to portray can go a long way toward establishing a character that is harder to damage. This can’t be a response tactic, however, it needs to be done preventatively before any issues arise. It pays to prepare for the eventuality that negative viral content could become an issue, even when it looks like it will never happen. This is why I'm a fan of creating an established base of resources and brand assets to establish a reputation long before something goes viral of the negative variety.
Employees can be encouraged to serve as brand ambassadors. By allowing them to share about positive corporate culture and what it means to them to work for your company, you can humanize the issue and make it harder to brand your company as a heartless, faceless corporation.
Start a conversation around your company brand and don’t shy away from tough issues that come up. Don't be afraid to respond to negative online reviews but focus on the responses and changes made as a result of the candidate and employee feedback. By giving careful and thoughtful responses to your detractors, you can often defuse the situation before it goes viral. Engage in active listening and set “alerts” on your company name and brands to catch viral content as early as possible. Never ignore the threat of potential viral content. When it is good, be prepared to capitalize on it and when it is bad, work to reframe the story. Become a brand that handles adversity well.

Posted by TalentCircles at 6:11 AM