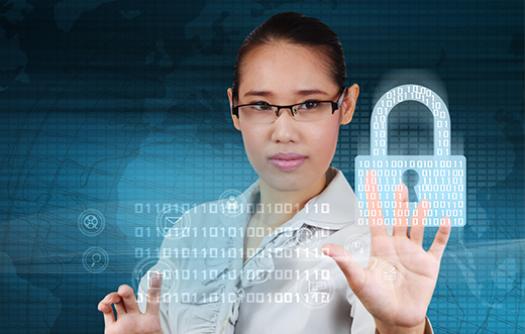 It’s no secret that the tech industry has a substantially higher number of males than females. But what is surprising is that rather than seeing an increase over the past few decades in the number of females getting tech-related college degrees, the number is actually decreasing. In 1984, 37 percent of all computer-science graduates were women, but today that number is just 18 percent. Not only that, but a mere 0.4 percent of high school girls express interest in majoring in computer science.

So, what is keeping more women from entering the technology industry? If Silicon Valley is any indication, maybe the fact that men with bachelor’s or graduate degrees make 52 - 61% more than women with the same educational attainment level has something to do with it.

Interestingly, “Women having to work harder to succeed” was near the very bottom of the list of reasons men gave for the tech industry’s lower appeal to women. Men considered the industry’s “geek” or “nerd” image as the main reason that keeps women away. And that, too, seems to be valid.

According to a post on Forbes.com by Tracey Welson-Rossman, founder of the non-profit organization, TechGirlz, which teaches middle school girls about opportunities in the tech industry, she has had a lot of opportunity to understand the decline in the number of females entering the technology field. “The facts are clear: girls think computer careers are boring, the media portrays techies as nerds and geeks, schools offer few programming or tech classes, and parents do not fully understand all the choices that tech offers for careers.” She points out there needs to be a change in the way technology, as a career, is being presented to girls. If tech jobs are explained in ways that make them appealing to girls, then girls will pursue them.

In order for more women to seek out opportunities in tech, girls need to start being exposed to them early on. And in a positive, interesting light. Taking the focus away from something that may seem like drudgery for some (perhaps programming) and shifting the focus to include creative problem solving, can make a big difference in generating interest. This is what spurred the quadrupling of women computer-science graduates at Harvey Mudd College.

Hopefully, the curriculum at elementary, middle and high schools will start containing more resources for introducing computer science and technology-related career ideas as early (and intriguingly) as possible. Schools and parents need to stress the importance of women in technology fields and nurture that message throughout the school years.

Even if that happens, it seems that the tech environment itself has quite a bit of work to do if employers want to retain the women that actually do enter the field. Presently, they are underpaid, often passed over for promotions, feel isolated, and seem to struggle more than in other industries when it comes to work-life balance and gender biases. In fact, compared to their male peers, women are more likely to leave the industry within a year. As more women leave the tech industry, fewer positive role models for girls remain and this only perpetuates women’s reluctance to enter the tech field.

As an employer or recruiter in the tech industry, here are some things to keep in mind in your efforts to attract more women to your company and keep them once they’re there:


Remember, having talented women in key leadership roles shows that you support women’s career advancement, which will be very attractive to future female recruits.

And, in addition to better departmental communications, organization and innovation potential when you add more women to your tech environment, here’s one more important fact to consider: according to the index provider MSCI, companies with strong female leadership see a 36% higher return on equity. So, what are you waiting for?

Call us at 415-835-0202 or email us at sales@talentcircles.com for more information on successful recruiting strategies.
Posted by TalentCircles at 7:48 AM