The didgeridoo wails, the wood blocks clomp together in hypnotic rhythm and the painted dancers move together in synch, smacking their spears and knives on the water, calling to the sea and the dolphins of the deep to drive all the edible fish to shore.

It’s called the Dolphin Dance. It’s a traditional Aboriginal dance of a specific tribe living on the Western coast of Australian. I got to experience it yesterday in the Blue Mountains outside of Sydney. In fact, I’ve had the privilege of being here all week for an amazing new recruiting conference called the Recruiters’ Hub Conference (RHUB), the brainchild of Phillip Tusing, founder of RecTec. (You can find highlights from day one here and day two here.) 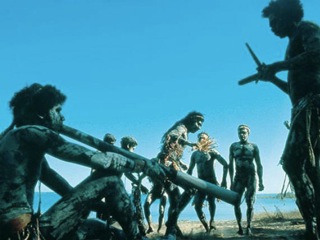 Besides opening the conference, I also had the unique opportunity to give the closing presentation – a high-level talk on Talent Networks – and that is where the Dolphin Dance connection comes in.

Over 12 years ago I entered the HR and recruiting tech marketplace with a company called Tapestry.net. We touted talent communities and our own proprietary candidate matching algorithm that we called IQA – interested qualified applicants. Our talent communities (as we called them) consisted of databases of software developers, IT pros and bilingual Japanese professionals (which was the primary origin of the company). But they weren’t really communities because there was only one-way communication with them – meaning we sent them job postings from our paying employers, some applied, we screened and presented the short lists to our clients.

This is what most talent acquisition sourcing and recruiting platforms have been doing for ages – dancing on the water’s edge to draw the fish to shore (to eat some and throw many more back – what a waste – but not encouraging the fish to play and spawn and stay active). Those are only talent pools, what we’ve been sourcing in for a long time, as old as recruiting itself and predating the internet by decades, if not thousands of years.

Then came the rise of social networks and social recruiting was born, although again that is misleading, since we’ve been sourcing online pools since before the internet was public and before all things social. Queue other online origins pre-internet like IBM’s SHARE and UNIX networks, Compuserve, AOL and Yahoo User Groups. Also, I worked at San Jose State University in the late 80’s and early 90’s and we were already online using email, checking out other university websites, and the human resource department was sourcing from internal pools throughout the entire state system.

I had the honor of meeting and listening to Greg Savage, founder and CEO of Firebrand Talent Ignition in Australia, and I was pleasantly surprised to be echoing what he’s been evangelizing for the past two years.

Social recruiting strategies are the precursors to true talent communities, and whether companies are using the very social backbones of Facebook, LinkedIn, Twitter and others to transform pools to networks and communities, or whether they’re using new “middleware” talent network platforms to do it, the talent return is greatest when the following new Dolphin Dance stops are added.

Because you want like-minded folk to aggregate around your brand, you need to allow them come together around other topics relevant to them, whether they apply for a job today, tomorrow or next year.

Whether problem-solving on virtual white boards, attending interactive webinars, playing world of work video games with each other, or just hanging out in a virtual chat session, encouraging collaboration among outside folk as well as inside creates community.

With collaboration comes informal mentoring – current employees, recruiters and hiring managers may mentor referrals they know (or non-referrals they don’t), as well as other community members mentoring each other on career development and more.

This is already happening today with LinkedIn and Facebook and other social business networks, but talent network platforms also facilitate this back-door knowledge or whom I already know at companies I may be interested in, or may have friends who would be interested in.

Of course they do. I know many recruiting folk argue that the main reason why people check out companies is because they’re looking for jobs, not because they want to hang out and dance.

But it’s not about the numbers – it’s about the finding the right specialized talent in smaller networks who want to grow professionally and learn how to dance with peers, potential employers and colleagues better than they’ve ever danced before.

Posted by TalentCircles at 5:14 PM