What about the discrimination against young people? 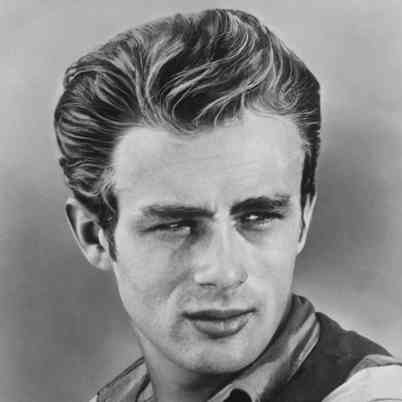 The DirectEmployers Association conference (DEAM14) last week was just amazing, attracting the right attention on new regulations to improve the employment of veterans as well as people with disabilities — this is summarized by the OFCCP news release last August. Yet, there is something just as bad happening right now, The Plummeting Labor Market Fortunes of Teens and Young Adults, as described by a report from the Brookings/ Brookings/Metropolitan Policy Program.

The takeaway is this: "Employment prospects for teens and young adults in the nation’s 100 largest metropolitan areas plummeted between 2000 and 2011."


The problem affects all young people and the report provides multiple graphs on the effect of education, previous employment and sometimes, geographic differences. If you are a teen, it's better to live in Utah than in Silicon Valley. This is also true if you are an educated young adult even if the contrast is not so big.

Traditional divides — or call them discriminatory factors — are still very much in place. Regardless of the criteria and the models, non-Hispanic whites have a better chance of getting a job. One of the models for young adults shows how age, race/ethnicity, marital status, and education are in play for males and females. While being older was associated with increased employment chances for both genders, race/ethnicity play differently for males and females:

This survey should be a wake-up call to just anybody who has children or simply cares about young people as well as diversity in the workplace. The solutions are compelling and most of the organizations named in the report are doing an amazing job attracting the attention of a fundamental problem: where can a country go when so much of its youth is unemployed or underemployed?

The underlying assumption of the report is that youth unemployment and underemployment are primarily caused by a discrepancy between available skills and the needs of the labor market. This may be true to some extent, but not entirely.

Is it really all about our current education system? Do we have data showing that people who were 20 in 1970, in 1980, in 1990 or in 2000 were better prepared and was more employable? These are questions for researchers such as Peter Cappelli. I suggest that you read Why Good People Can't Get Jobs: The Skills Gap and What Companies Can Do About It , which I discussed in an earlier post or Why Employers Aren't Filling Their Open Jobs, recently published by the Harvard Business Review: "Jobs have not changed over the last couple of years in any way that changed skill requirements substantially. The “failing schools” notion, even if it was true, couldn’t explain the continued unemployment of the majority of job seekers, who graduated years ago and had jobs just before the recession," Cappelli notes.

Do recruiting budget cuts make it more difficult to spot the right skills? It's unclear. I agree with Peter Cappelli that unemployment/underemployment may "come from the ways in which contemporary practices have made hiring more difficult," and that a higher scrutiny on profit-and-loss and "cost-cutting took out recruiters." Yet, the latter should also be further investigated. The Talent Management market continues to grow at an impressive rate. So if more money is spent, is it spent efficiently? What if the systems and methodologies that have controlled the recruiting industry for the last 25 years were showing their inability to identify modern days talent?

My personal take on the discrimination against young people
We all look for the "right" skills. Yet, what exactly are these right skills? People who have existing skills or people with a potential to do a good job? If the right skills are out there, are we even able to capture them?

Trying to evaluate and manage 20 year-old candidates using 20 year-old or even a 10-year transactional systems may be a huge problem. Look at it this way: it's like prospecting the world with a 28.8k Modem in 1994 or a 56k Modem in 2000. So traditional approaches may work for 22 year-old candidates with a boilerplate education for boilerplate job requisitions and boilerplate skills that are themselves defined via the prism of these transactional systems filtering out candidates... Yet, can such hiring practices capture new behaviors derived from a decade-old social world and be fair to the new generation? Probably not. The entire process might discriminate against young people, a trend that's likely to worsen if it's true, as Cathy N. Davidson, a professor at Duke University, claims, that "65 percent of children entering grade school this year [2012] will end up working in careers that haven’t even been invented yet."

Today youth unemployment may cost $25 billion annually in net losses to federal and state governments according to the Young Invincibles. This does not include the image and opportunity costs for corporations who ignore these young people... Companies reluctant to take a chance on people young people and eventually spend money training them could reconsider their position after examining the costs of all their recent bad hires (often people whom they believed had the right skills and "good resumes). The problem affects seven in ten businesses and costs U.S. businesses an estimated $300 billion in 2009. Remember, even Tony Hsieh, the CEO of a notoriously great company, said in 2010 that his own bad hires had cost Zappos "well over $100 million." Doesn't this mean that the way to evaluate skills is a real problem? So why not change?

Chances are that hiring young people and training them may be a better economic bet than only looking at "vetted" people, provided of course, that you use a recruiting methodology and infrastructure that enable you to connect and engage with them!

Posted by TalentCircles at 10:10 AM