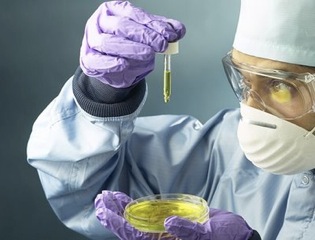 When the numbers are in the trillions – 10 trillion to be precise – a lot can be accomplished. But then again, a lot can go wrong as well.

The human body is made up of 10 trillion cells, the building blocks of life. That means the exponential number of cellular interactions and chemical reactions are nearly endless. A lot of amazing things can happen along the way with the human body’s ability to adapt and flourish, and as modern biology has shown us, a lot can also go horribly wrong.

Cancer has been used as a metaphor for a long time, but it’s vile destructive path both literally and figuratively unfortunately never wanes, never lacks a heart-wrenching, shake-your-head story. Organizations get cancer; individuals get cancer. My father has been battling melanoma that has now spread throughout his body, and most likely anything the doctors do will only prolong his life for the short-term, adding months instead of years. It’s a difficult time for our family, which is why those who have been through it vilify cancer and other diseases of cellular failure.

But there are lesser dysfunctional evils that affect those trillions of cells, and those can actually benefit the literal body in an evolutionary way as well as the figurative body in a world-of-work way. However, the irony is that we talk so much about the progressive global workplace of today when the most of the world is still pretty suit-and-tie conservatively corporate and women still struggle to be seen and judged as individuals. And while on the one had we argue the ethical, medical and spiritual pros and cons of DNA cloning and genetic engineering, the other hand wants to clone and hire cookie-cutter employees based on bland job descriptions that don’t allow for coloring outside the lines.

Again, the cellular dysfunction isn’t all so bad. According to a recent article in The Economist:

“Julie Login of Cass Business School surveyed a group of entrepreneurs and found that 35% of them said that they suffered from dyslexia, compared with 10% of the population as a whole and 1% of professional managers. Prominent dyslexics include the founders of Ford, General Electric, IBM and IKEA, not to mention more recent successes such as Charles Schwab (the founder of a stockbroker), Richard Branson (the Virgin Group), John Chambers (Cisco) and Steve Jobs (Apple).”

The great captains of industry suffer from synaptic connections gone haywire. And mercy look at what’s it’s gotten us via some pretty happy and successful accidents. That doesn’t mean they’ve need polarizing balance on the other side with sound management and front-line folk, but it does mean some of these cellular interactions and chemical reactions have been good for innovation and business.

Throw in some controlled experiments (scenario-based experiments, problem-solving, individual and group assessments), and the talent network petri dishes give insight as to future brilliant “dysfunctionals” who innovate and those who will keep them balanced for business growth in kind.

Posted by TalentCircles at 8:17 AM